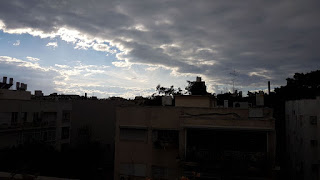 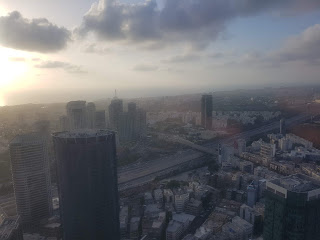 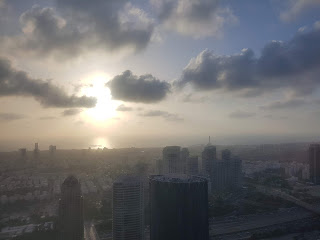 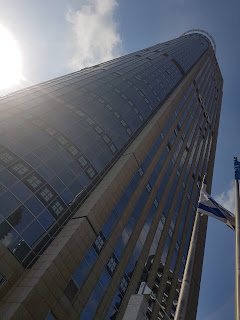 The 64th Eurovision Song Contest will take place at the Expo Tel Aviv (International Convention Center). The first Semi-Final will be held on Tuesday, 14th of May, the second Semi-Final on Thursday, 16th of May and the Grand Final will take place on Saturday, 18th of May.
The shows will be hosted by Bar Refaeli, Erez Tal, Assi Azar and Lucy Ayoub. Get to know them!
The exact running order of each show will be determined by the producers on the basis of the Semi-Final Allocation Draw, the outcome of which you can find here. Each of the so-called 'Big Five' and Host Country Israel has also been allocated to vote in one of the two Semi-Finals: Spain, France and Israel will vote in the first Semi-Final. Germany, Italy and the United Kingdom will vote in the second Semi-Final.

Eurovision at the Expo Tel Aviv 2019

The Eurovision Song Contest 2019 will be the 64th edition of the Eurovision Song Contest. The contest is scheduled to take place in Tel Aviv, Israel, following Israel's victory at the 2018 contest in Lisbon, Portugal with the song "Toy", performed by Netta. The contest will be held at Expo Tel Aviv, the city's convention centre; the show will consist of two semi-finals on 14 and 16 May, and the final on 18 May 2019.
Description
Last year’s competition, hosted in Lisbon, Portugal, saw Netta Barzilai crowned the winner with “Toy” bringing the competition to Israel.
It is the first time ever that Tel Aviv is hosting the show, which last year attracted 186 million viewers.
Tel Aviv is Israel's financial and cultural center; an international hub of art and creativity, of commerce and trade, of media and academia. It is a city that celebrates pluralism and tolerance, warmly embracing the many communities that compose its unique human mosaic.
Each participating broadcaster that represents their country choses their performer (maximum six people) and song (maximum three minutes) through a national televised selection, or through an internal selection.
The winner of the Eurovision Song Contest 2019 will be chosen through two Semi-Finals and a Grand Final.
פורסם על ידי נועם קוריס ב- 6:52 אין תגובות: 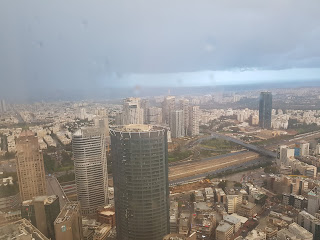